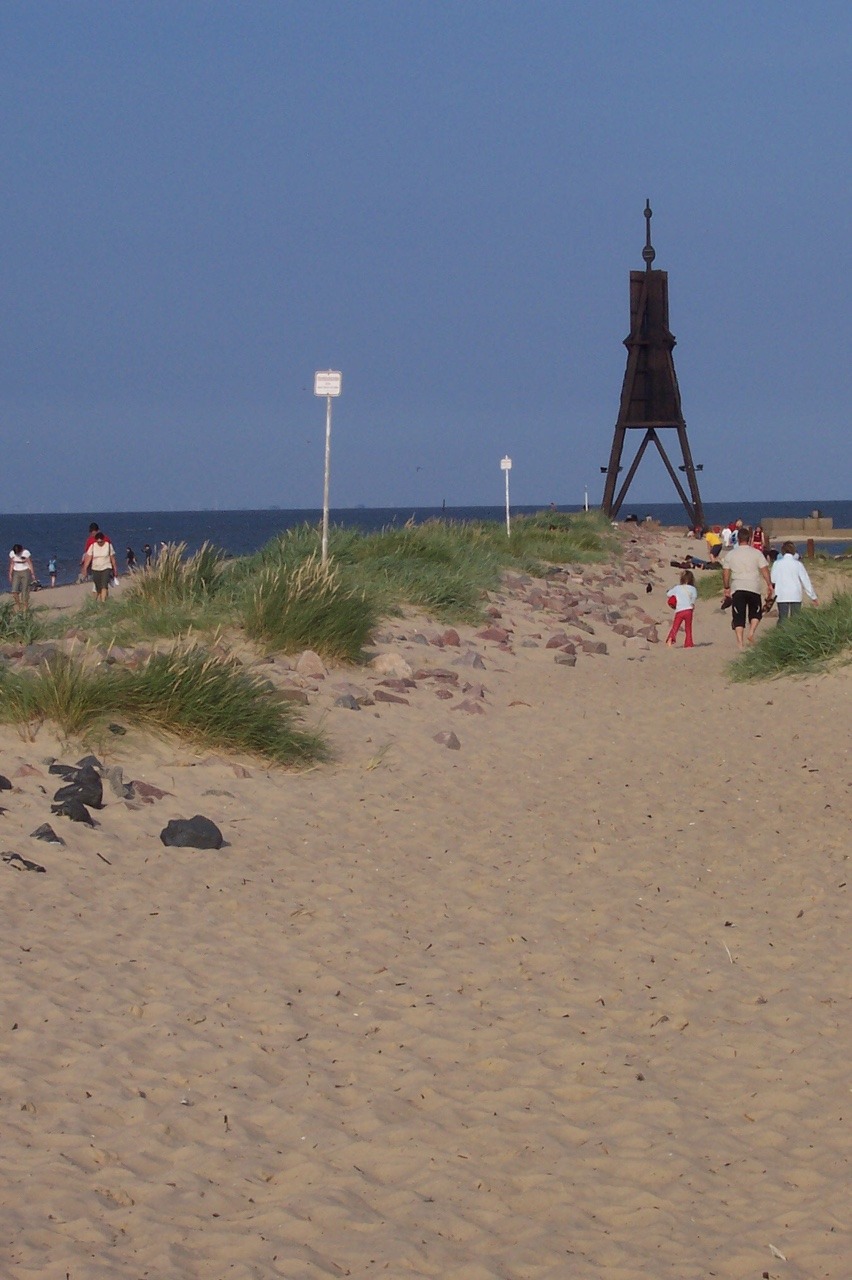 Willkommen-in-germany: Cuxhaven is a seaside resort in Niedersachsen (Lower Saxony), Northern Germany, located on the mouth of the river Elbe on the North Sea coast. Until 1937, it was part of Hamburg; in a reorganization, 2 other towns that were part of Prussia were given to Hamburg in exchange for Cuxhaven. With 55,000 citizens, it’s a small town, which can boast 3 million overnight stays a year, making it one of Germany’s most popular seaside resorts. Between 1945 and 1964, about 500 rockets were launched nearby, the best known being three V2 rockets during “Operation Backfire”, in order to demonstrate to Allied forces the technique of the “wonder weapon” in 1945. The only thing remembering rocketry today is a trough near the way from Arensch to Sahlenburg. Cuxhaven is a quiet place. If you’re looking for action and parties, it’s not the right destination. If you’re looking for a quiet city by the sea, it’s a good choice. This is the area of the North Sea where the water recedes to extreme degrees during low tide. It’s one of the main reasons why people visit. You can take walks, look at crabs, build castles from sand and mud or ride horse-drawn buggies to the island of Neuwerk as the water recedes.

Sharing is Caring, Do It!